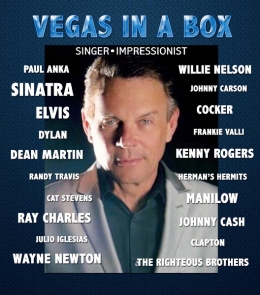 A native of Los Angeles California, Mr. Howard began his career in television with dozens of national commercials, and guest starring in General Hospital, Days of Our Lives, Growing Pains, and Perfect Strangers.  He has been headlining acts in Las Vegas for more than ten years, and never fails to offer a refreshing alternative to the colored lights and fleeting fads that come and go. His hit shows “Hurray America” and “Stars of the Strip” sold out for over a decade in Las Vegas. He is a cast member of Legends in Concert, The Rat Pack is Back and The Price is Right Live!