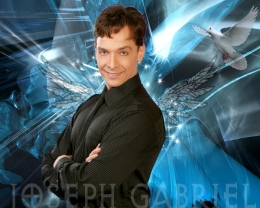 "A spectacular whirlwind of brilliant illusions...breathtaking from start to finish!" - Variety
"This kid is red hot!" - Showbiz Magazine
"Joseph Gabriel is the best!" - Dick Clark
"Joseph Gabriel thrills the audience with his magic! He is spell-binding!" - La Voce
"The greatest magician I've ever seen!" - President Ronald Reagan
"Joseph Gabriel is extraordinary!" - Stuart Klein, Fox 5 News
"You will love this show!" - Clive Barnes, New York Post
"One of the classiest magic act you're going to see in a long time!" - Johnny Carson
"The ultimate in NY Magic!" - Lawrence Van Gelder, The New York Times
"One of the finest examples of style in the world of entertainment!" - Smothers Brothers

Johnny Carson, kingpin of American late night, introduced him, and what transpired on the "Tonight Show" stage for the next several minutes was sufficient to amaze millions of viewers and leave Carson himself visibly and vocally enthused. "One of the classiest magic acts you’re going to see in a long time! The best I’ve seen!" This was Carson’s reaction after witnessing Joseph Gabriel’s first appearance on the Tonight Show in 1983. Over the next several years, Joseph would appear a total of seven times with Carson.

Gabriel’s other television appearances read like a Who’s Who of show business, "The Rosie O"Donnell Show," "Regis and Kathy Lee," "World’s Greatest Magic" NBC Special, ABC’s "Champion of Magic," "The Today Show," "CBS The Morning," "Witness The Impossible" special hosted by Christopher Lee, "The Merv Griffin Show," "The Smother Brothers Comedy Hour," "Dick Clark Live," "The Great Magic of Las Vegas" special, and most notably his televised Command Performance for President Reagan. His creativity has also been recognized to enhance other productions in Las Vegas. Joseph was chosen as magic consultant working closely with Michael Crawford to oversee the illusions effects in the MGM Hotel’s new 40 million spectacular "EFX."

In April, 1983 Joseph was booked for one week at the famed Magic Castle in Hollywood, CA. The response to his act was overwhelming! For the next couple of months he continued to rock the magic world until he achieved the break of all show business breaks. After only seven months in Hollywood, he was asked to perform on the "Tonight Show" with Johnny Carson, an obvious credit to the strength of his performance. Three months later, February 1984, Joseph Gabriel made his Las Vegas debut fittingly in the most lavish show in town, the "Lido de Paris." Since then he has established himself as one of the great acts in Las Vegas, having been a featured act in the "Lido de Paris" at the Stardust for two years and ten years as the starring act in "City Lites" at the Flamingo Hilton.

In 1996, Joseph made a mega-leap from Las Vegas act to Broadway star, when he crated and opened his own full evening show entitled, "Magic on Broadway" in New York City. The show opened to rave reviews and ran for an unprecedented 18 months. Within the first three months, Joseph’s show broke all box office records at the Lamb’s theater.

For those of you have not seen Joseph perform, you have every right to feel denied. He is a master of sleight of hand and has created some of the most spectacular illusions in the world of magic. Gabriel’s stage presence is commanding, distinctive, and hypnotic. His originality in style and presentation is a sight to behold, making a marvelous mixture of kinetic energy on stage. It is his creativity and power of performance that has brought him to the forefront as one of the leaders in shaping the future of magic.

After seeing Joseph perform, there are only two words that you will think of when you think of magic ….. Joseph Gabriel.