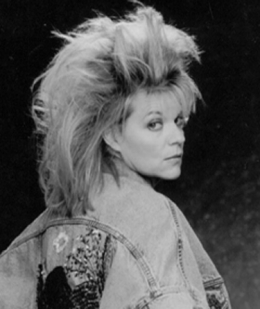 From the minute Debbie Kasper hits the stage you know sheâ€™s a heavy hitter whose gonna rock the boat with her hilarious observations about men, women, and everyone else! Debbieâ€™s stand-up brings down the house every time because itâ€™s universal, ageless, and timeless--itâ€™s about people. Her fast-on-her-feet-off-the-cuff remarks keep audiences riveted, creating an anything-can happen atmosphere. Itâ€™s her versatile writing talent, (sheâ€™s a two time Emmy nominated writer) and her sarcastic wit that allows her to produce fresh material for each and every performance, always uniting the audience with immediate â€˜insideâ€™ observations, making each set unique, fresh, and hysterical.

Sheâ€™s written for some of TVâ€™s most seminal shows, â€œROSEANNE,â€ and â€œTHE ROSIE Oâ€™DONNELL SHOW,â€ and has been featured on dozens of TV shows. Sheâ€™s also an award-winning performer who can turn herself into a hundred different characters, one funnier than the next. But donâ€™t take our word for it! Critics from LA to NY love Debbie; â€œA brilliant performance, her humor is blistering, her writing sets standards,â€ says Backstage West in LA. â€œDebbie Kasper turned in a terrific performance,â€ says the Atlantic City Hoot. â€œA very funny character comic with Robin Williams like ease,â€ says Out on The Town in Philadelphia. Sheâ€™s a powerhouse on stage.