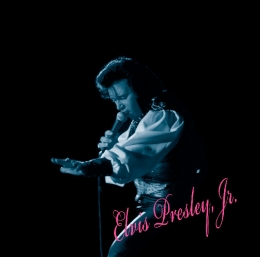 "Elvis Jr. keeps memory of the rock legend alive. People lined up outside in the rain, hours before the show started, to get front row seats." - David Selby - Lindsay Daily Post - Ontario, Canada
"Cape Town audiences can look forward to a singing sensation with the arrival of Elvis Aaron Presley, Jr. at the Baxter Concert Hall...He always thrills the audience with his visual and vocal characteristics of his father." - Athlone News - Athlone, Cape Town, South Africa
"He is no imitator - he just naturally sounds a great deal like Elvis, Sr. He is an exciting entertainer with a charisma and style all his own. There is sheer magic in the way he establishes rapport with his audience." - Doloes Fuller - Writer of 18 Elvis songs - Notarized Letter to Seymour Heller - manager of Liberace and Elvis, Jr.
"It has been a great pleasure for us to welcome you here again for your second performance tour which has successfully concluded in each city throughout Japan." - Min-On Concert Association - Japan

Elvis Aaron Presley, Jr. is a riveting performer with a rare capability to establish a very special rapport with his audience.  His incredible singing voice, naturally reminiscent of "The King", and fine sense of humor has thrilled audiences worldwide.  Currently guided by the dynamic management team of Milt Suchin and Don Podolor, Jr. has been represented by several prominent managers over the years, including a thirteen year association with the late Seymour Heller - who was also Liberace’s long-time manager and who, incidentally, was a close friend of Colonel Tom Parker. Mr. Presley, Jr. has appeared in 18 countries and 6 islands. A gifted linguist, Jr. has surprised many crowds by serenading them in their native tongue. Performing for both private and ticketed events, he has appeared in venues ranging from nite clubs and theatres to concert halls and arenas as well as amusement parks and casinos.  Accompanying him has been some of the U.S.'s best musical conductors including Bobby Morris (who was also Elvis Sr.'s musical conductor as well as Barbra Streisand's and many others) and Larry White (who has conducted for the likes of Kenny Rogers, Wayne Newton and Robert Goulet).  He has generated 21 DVD’s of his performances and has also had a prolific recording career amassing 34 CD’s culled from both live and studio performances.

Jr. is also the proprietor of Dreamland Elvis and Friends Museum, formerly the Presley Museum, which is one of the largest private collections of Elvis memorabilia outside of Graceland and is valued at over six million dollars.  All exhibits are fully encased and are available as either a permanent or temporary attraction - many venues utilize the museum as a prelude to an Elvis Jr. concert allowing visitors to view the museum in their venue for several days, a week, or more before the concert.  The collection encompasses vehicles, motorcycles, costumes, jewelry, movie props and other exciting memorabilia. The “Friends” portion of the museum contains vehicles, costumes and other memorabilia from such celebrities as Roy Orbison, Liberace, Marilyn Monroe, Michael Jackson, Farrah Fawcett, Muhammad Ali, Barbara Mandrell, Linda Thompson and Skeeter Davis. For an 18-year period the museum existed as a permanent attraction in Niagara Falls. It has also been on temporary display throughout Canada (including the Toronto CNE Exhibition and Canada’s Wonderland) the US, Europe and Asia.

At this point, you may be wondering just who is Elvis Aaron Presley, Jr.? He is the son of the late Elvis Presley born out-of-wedlock, unbeknownst to Elvis, on December 24, 1961 in Gary, Indiana - the result of a liaison between Elvis Presley and Angelique Delores Pettyjohn, a young actress who was an extra in the film “Blue Hawaii”. During this time, Elvis was at the height of his fame and was known worldwide as the King of Rock-n-Roll – a man that bobby soxers adored and young men wanted to be like. Elvis’ manager, Colonel Tom Parker, feared that a marriage to Angelique, as well as his impending fatherhood, would seriously damage the King’s reputation thereby destroying his wealth and fame.   Great pressure was exerted upon the actress to have an abortion. While Angelique was unwilling to abort the baby, she did agree to deliver the baby in secret thereby saving Elvis the shame and publicity of a Hollywood scandal. She also agreed to allow the child to be adopted immediately following the birth. Colonel Parker, who was an orphan adopted by a circus couple, drew on his own experience and began combing the circus troupes for a suitable couple.

He found them in a young Yugoslavian couple known as “The Vargas” performers who were traveling with the Ringling Brothers Circus throughout North America. The young couple very much wanted a child of their own and, at the time, was unable to conceive. Arrangements were made and immediately following the birth, when Pettyjohn gave up her son, her words to the couple were, “Take special care of this boy; he belongs to Elvis.” The reason she stated this was because the young couple wanted to have a mental description of what the baby would look like when he was grown. Would he resemble his father’s likeness?  The conditions of the adoption were simple and the young couple adhered to them: first, they were not to reveal under any circumstances, the child’s biological parents until the infant reached his 21st birthday; second, they were not to seek any monetary compensation from the Presley family on behalf of the child.

With the adoption complete the infant, who began life as Phillip Stanic, grew up surrounded by the glittering circus world. At the tender age of 5, Elvis Jr. first entered the spotlight as a circus clown being mentored by the likes of Blinko and Gene Randall. He later trained exotic cats and by the age of 15 was known as the youngest wild animal trainer in the world. He trained his exotics with love - no whips, no chairs – and uncaged. The world’s youngest and fearless became the talk of many. His cats have been featured in many commercials including those for Kit Kat chocolate bars and Cougar Lincoln Mercury automobiles as well as several movies such as Sahara featuring Brooke Shields and Cat People starring Natasha Kinski. At the age of 16 he discovered he could sing and began performing in clubs and showcases at night while working with his cats during the day. When Phillip reached his 21st birthday, a hard decision was made to tell the young man that he was adopted and that his father was Elvis Presley.

After much inner struggle, Phillip realized that he wanted his true identity to be acknowledged. He applied for and was granted on January 21, 1985 the legal right to bear the name Elvis Aaron Presley, Jr. by the United States Federal Court system.  After sufficient documents, sworn testimonies, and additional evidence presented by independent third parties were presented to a judge and after proof having been made to the satisfaction of the Court “that notice of hearing thereon was given in the manner and form required by law and no objections having been filed by any person” Elvis, Jr., by the decision of the U.S. Federal Court, was recognized as Elvis Aaron Presley, Jr.

Elvis Jr.’s talent as a musician and entertainer is a gift to all who enjoy the works of his late father. His looks, style, grace and demeanor has captivated audiences worldwide and is a testament that the King’s legacy indeed continues.