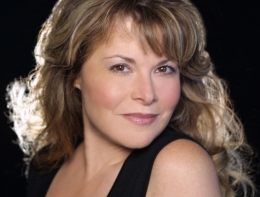 LAURA has a great love for all types of music, and is known for the diversity of her musical and acting careers. Vocally, musically, and dramatically, she is a compelling, vivid, and versatile artist who has blown critics away with her incredible vocal range. Columnist Liz Smith has perhaps said it best: â€œHer fans seem to think she is Streisand, Joplin, Lee and Midler combinedâ€ (The New York Daily News).

Laura has starred in countless theatrical productions, and has toured throughout the US. She has headlined at the top New York City clubs, including The Bottom Line, Town Hall, The Village Gate, The China Club, Studio 54, and The Rainbow Room.

She can currently be seen as host of All This Jazz on the Manhattan Cable Television Network. This popular weekly TV music and talk show, on the air since 1997, can be seen every Sunday.

Lauraâ€™s national television appearances include Good Morning America, Americaâ€™s Talking, Phil Donahue, Robert Klein Prime Time, and the CBS New Yearâ€™s Special. She has also been featured at many jazz festivals, and has headlined at major events such as Night of 100 Stars, Fire & Ice Ball, and The American Film Awards. She is the title cut vocalist on producer Jim Steinmanâ€™s cult classic Original Sin (which has since been covered by artists such as Meatloaf and Taylor Dayne). Her first starring film role was in the Indie film Paradise Cove, with Ben Gazzara.