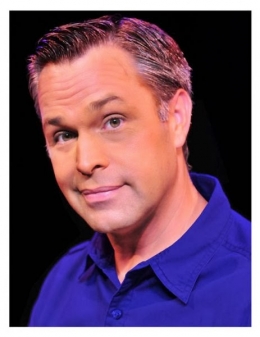 Joe Holiday is an award winning magician who has been working in the entertainment industry for over twenty five years. With his busy work schedule Joe makes hundreds of performances yearly for thousands of audiences all over the world. From Singapore and Seoul South Korea to the casino's of his hometown in Atlantic City, where Joe has been a featured performer at both the Trump Plaza and Showboat Casino Hotels.

Joe has appeared on international television and was the featured guest star in Harary's multi-million dollar Illusion show "Mega Magic". The summer long run was seen by over a million people throughout Asia. Headlining on major cruise ships and appearing for corporate and industrial companies such as, Realage.com, Bradley Caldwell Inc. and the Trump Organization, Joe has been hailed as the redefinition of “HIP” in magic.

Amusement parks such as Fantasy Island in Beach Haven New Jersey, Kennywood Park in Pittsburgh Pennsylvania and Six Flags American in Largo Maryland have all repeatedly book Joe for several seasons to entertain their guests with his “Family Friendly” approach to magic and comedy.

Joe can also be seen promoting children's education and literacy with his assembly programs visiting elementary schools in the North East and Southern New Jersey where Joe lives with his wife Sharon and their two daughters Angelina and Maggie.

In 2009 Joe had the honor and privilege to make several performances in Seoul South Korea for our men and women stationed on US military bases overseas with his full Illusion show. Currently Joe has an ongoing contract with Marriott Vacation Club and entertains theirs guests from all over the world.