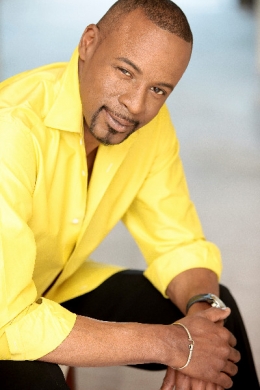 THIS IS A "TRACK ONLY" SHOW.

To date Skip has entertained millions of people around the world as lead vocalist for both Kool & the Gang (1987-2007) and for The Dazz Band (which won them a GRAMMY Award for the song “Let It Whip”).

Other achievements include Platinum & Gold Records recipient with the two major recording groups, a current total of twenty-nine albums (seven with Kool & the Gang and fourteen with The Dazz Band), MOBO Awards recipient, R&B Song of the Year recipient, six consecutive Top 100 albums, two Top 100 singles and producer of pop, R&B and jazz albums to name a few.

His tenor voice has a warm eclectic style developed through the years under the guise of maestro Stevie Wonder. Skip lists Miles Davis, Sammy Davis and Donny Hathaway as major influences on his musical development.

Hit songs performed by Skip include Let It Whip, Get Down On It, Jungle Boogie, Celebration, and Ladies Night.