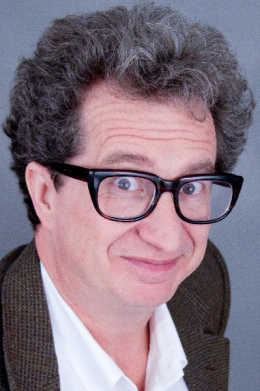 "One word describes his face. Marvelous!...As I see it he has it all. There's timing, pacing, feeling, communication and polish. All the ingredients that, at one time or another, lead to stardom." - Perry Phillips, The Oakland Tribune
"His Rubbery face, skilled use of voices and careful writing make him one of the most watchable and memorable performers on the comedy club circuit." - David Armstrong, San Francisco Examiner
"He has the most mobile, congenitally funnyâ€¦.It's a face that amplifies normal emotion and expression into wild caricature." - San Francisco Chronicle

The late 70’s were a different era, and West Point admitted a slightly different kind of cadet when Ross Bennett was sworn in on July 8, 1975. But by 1977 Ross had decided that he wanted to take aim and fire jokes at nightclub audiences. So Ross mounted a giant career change, he dropped out, and landed Right Square in the middle of the comedy explosion that would take America by storm.

For over 25 years Ross has led a comedy attack. With an expressive delivery and topics that encompass growing up with a retired Marine Colonel father (a nice mellow guy!), grade school snow days, disastrous golf games, and catastrophic water skiing outings. ROSS BENNETT…a high-powered performer who takes his act to the audience and comes back with a victory every-time!!

He has been called a must-see for every Comedy Connoisseur. Appearing at the JUST FOR LAUGH’S COMEDY FESTIVAL IN 2004. TV appearances include COMEDY CENTRAL’S TOUGH CROWD w/ COLIN QUINN (4), EVENING AT THE IMPROV (4), COMIC STRIP LIVE, COMEDY TONIGHT (2), ENTERTAINMENT TONIGHT, DAVID BRENNER’S NITE LIFE, LATE SHOW WITH DAVID LETTERMAN, and many others.