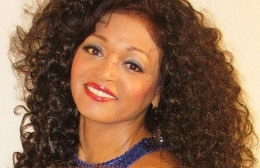 Singer, actress, comic and impersonator Linda Miller is just a multi-talented performer. She is known as an established actress with several appearances on Law & Order, As the World Turns, Hope & Faith and recently playing Ronni Spector with Al Pacino in David Mamets HBO Film “Spector.”

Linda is a Chameleon Celebrity Impersonator who has performed for three United States Presidents, theaters in over 10 countries and repeat performances at New Yorks Rainbow Room dazzling audiences everywhere she goes with her amazing vocal and physical versatility.

She’s had the honor of performing for elite organizations and Clubs, including two United State Presidents.

“She’s Outrageous and Elegant at the same time.”