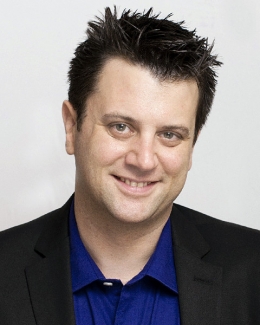 "As Stewart and Colbert can attest, Bartini is a stand-up guy." - The Boston Globe

Kevin Bartini is the intelligently-silly funnyman for the every man.  His likeable, laid back demeanor is often cast aside when his acerbic and irreverent impulse takes over. And then watch out! He has an infectious energy and a lightning fast wit that makes him a unique talent both on stage and off.

After establishing his bona fides in the top comedy clubs of NYC and studying with the Upright Citizens Brigade, Kevin was discovered by Jon Stewart, who hired him to warm up his audiences at The Daily Show and The Colbert Report.

In the subsequent years, having earned the respect of not only Jon Stewart and Stephen Colbert but of their audiences, has made Kevin one of the most sought after Audience Warm-Up comics in television.

Kevin can currently be seen warming up audiences for Comedy Central’s The Opposition with Jordan Klepper and ABC’s Match Game with Alec Baldwin. The Nightly Show with Larry Wilmore and The Late Show With Stephen Colbert, The President Show, Bunk, Debate Wars and Tru TV’s Comedy Knockout.

As a classically trained stage actor, Kevin got his start in theater in Berkshire County, working with the likes of The Williamstown Theater Festival, Barrington Stage Company and Shakespeare and Company where he also serves as an advisory board member. He has appeared on off-Broadway productions of Cymbeline, Much Ado About Nothing, A Midsummer Night’s Dream and Twelfth Night and starred in a national tour of You Say Tomato I Say Shut Up.

Besides being a very popular comedian and actor Kevin is a comedy writer who’s work has appeared on HBO, Comedy Central, and MSNBC. He is a regular contributor and frequent guest on Sirius XM’s Tell Me Everything with John Fugelsang and The David Feldman Show. He garnered international attention over the course of three years
while leading a successful campaign to co-name West 121 Street in New York City after his hero, George Carlin.

Kevin Bartini is talented, hard working, confident, earnest and most of all funny. Whether at a theater, TV studio or comedy club watching Kevin Bartini perform live is not something that you will soon forget.