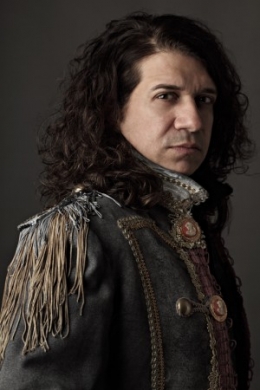 His self-titled debut CD, for release February of 2014 (SONY/Red), is the culmination of an incredible career, both as one of the most distinctive operatic tenor voices on the international music scene, and as a powerful and searing rock voice in the grand tradition of Steve Perry and Freddie Mercury.

Alexander is a full scholarship graduate of the Mannes School of Music in New York City (B.M.), and Northwestern University (M.M.). As a lyric tenor, Alexander has performed internationally, with appearances at Avery Fisher Hall, The Berlin Philharmonic and has perform alongside Tony Award winning actress Elizabeth Ashley in the Columbia Artists/Broadway tour of “Master Class” by Terrence McNally.

The CD was recorded and mixed at; Avatar Studios and MSR in New York City, and St. Claire Recording Company in Lexington, Kentucky.

The recording is mastered by legendary Ted Jensen, of Sterling Sound in NYC.