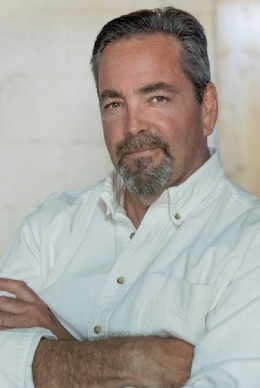 In just ten years as a stand up comedian, John DiResta has made some very serious progress. First came the title, New York's Funniest Cop, which John won back in 1993 and he is still the champ. He then turned his twelve miserable years as a New York City Transit cop into the hit off Broadway show BEAT: A Subway Cop's Comedy. John wrote and starred in BEAT, which ran for five months at the Kaufman Theater on 42nd St. The New York Times called it "UPROARIOUS". BEAT was then turned into the Paramount sitcom "DiResta" which ran on the U.P.N. Network for one full season.

John is also no stranger to the talk show circuit. He has been on the Tonight Show with Jay Leno, The Howie Mandel Show, Politically Incorrect, The Late Late Show with Tom Snyder, and recently appeared on The Craig Kilborn Late Show on CBS. Back in 1998 Tom Snyder told USA Today "John DiResta has been one of my favorite guests of all time." John did four appearances with Tom in a sixteen month period.

What John is most proud of is his guest appearance with the King of all Media, Howard Stern. The segment was seen on both Howard's 'E' show and his Saturday night CBS show. John proudly made a second appearance on the Stern show in May of 2002.

You can catch John's live act at the Improv on Melrose, or in NYC at Carolines on Broadway.