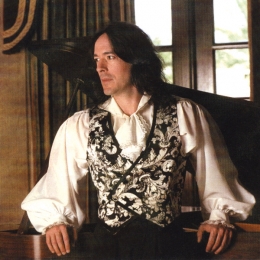 Born in Havana, Cuba, Juan Pablo Subirana's career began at the age of eight when he attended the Manuel Saumell Conservatory. During his enrollment at the conservatory he competed in two national piano competitions, where he received Honorable Mentions.

Before immigrating to the United States he performed in various concerts throughout Cuba including La Sala de Bellas Artes and Teatro Biblioteca Nacional.

In 1980, Juan Pablo came to the U.S. in the Mariel Exodus. Shortly after his arrival he was granted a full scholarship to attend Hartford University in Connecticut, where he received his Bachelors in Music.

While attending that university, Subirana was selected to participate in the Music Festival in Gerona, Spain.

Upon returning to South Florida, Subirana was awarded a full scholarship, which allowed him to further his studies and receive a Masters in Music from the University of Miami under the direction of the well-known pianist and professor, Teresa Escandon.

Juan Pablo's versatility permits him to interpret not only classical music, but also contemporary and popular music. He also creates pieces of his own inspiration; his greatest love is classical music. In order to reach those who are not familiar with this kind of music he has selected popular compositions from classical composers and combined their musical themes to make them more attractive and dynamic, as if the composers would have been a young Cuban-American male living in the modern age.

Juan Pablo's main goal in life is to extend the joy of fine music to the coming generations.