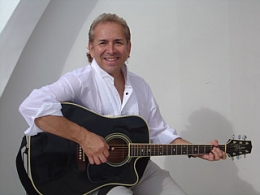 "Toby Beau," commonly refers to the Texas band formed in the early 70's most commonly known for the hit single, "My Angel Baby" in 1978. Formed in South Texas, the original members included guitarist and lead vocalist Balde Silva, guitarist Danny McKenna, Ron Rose, bassist Steve Zipper and drummer Rob Young. After numerous club performances around South Texas, the band moved to San Antonio, Texas and received a major record deal from RCA (now BMG). This deal would recruit the production talents of Sean Delaney, who at the time was also producing a young band named "KISS.

Upon completion of the self-titled first album, the band moved to New York, and would embark on major tours with artists and bands such as the Doobie Brothers, Bob Seger, and the=2 0Steve Miller Band. Popularity of the band would gradually arise through these tours, but this would suddenly become a skyrocket when the pop ballad "My Angel Baby," written and sung by Balde Silva, scored number 1 on Billboard’s Easy Listening Chart for two weeks. Suddenly the album would score major sales, and “My Angel Baby" would eventually achieve gold status by being awarded the coveted "Million-Aire Award" by BMI for over a million radio plays. There was even a re-release of the album, this time with "My Angel Baby" as the album title which was added to the cover art.

Following the success of the first album, the band broke up leaving Balde Silva, to be signed by RCA to resume the Toby Beau name as a solo artist. It was suggested that he move to Nashville and record with the likes of major session players. It was a smart move that that would enlist for his second album, Jimmy Buffet producer, Norbert Putnam and would also enlist the help of such talented musicians as Victor Feldman (from Steely Dan fame) and Larry Londin (who later worked with Journey). This album would produce the Top 40 smash remake of the Casinos “Then You Can Tell Me Goodbye.”

Although it was a large burden on him to also complete the third album single-handedly, this provided numerous successes, such as all legal rights to retain the band's name. Silva moved to Los Angeles to record the third album with producer Jerry Fuller. With the help of numerous studio artists, the third album, "If You Believe" was successfully released in 1980. The album did score a third Top 40 hit in the ballad "If I Were You," which might demonstrate a preview of how Toby Beau would sound in years to come.

After the third album, Balde Silva enlisted his wife, Rennetta (under the stage name Rennetta Dennett) to join him and the two would recruit numerous other musicians in the band for years to come. Sessions for a fourth album have been recorded numerous times in the 80's and again in the late 90's, but as of now, no plans have been made for any studio release, but self-made recordings have been produced, and can usually be bought from members of the band or at certain venues they work for.