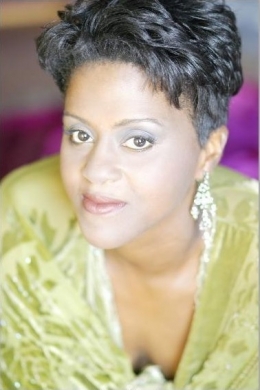 Electrifying, dazzling, and wonderful are only a few of the terms used to describe upcoming star, Lumiri Tubo. "This vivacious performer is a charmer with a diverse vocal style that at times ranges from Anita Baker to Alberta Hunter," says John Hoglund, reviewer for Backstage. Her honest and pure emotional interpretations coupled with her outstanding vocal ability, immediately put Lumiri at the top of everyone's had to see list. Barbara and Scott Seagal describe her as "a diva in the making who gets something rich and tasty out of every song," while Roy Sander says, "she is poised but warm, classy yet natural and unaffected and she sings extremely well."

Lumiri' is all accomplished and talented actress and singer and has her Master's Degree in Fine Arts from Ohio State University. She was born in Brooklyn, New York but has spent the majority of her life in rural Upstate, New York in Sullivan County. She has also utilized her theater background at home and in the local community by offering Drama workshops for children of all ages, and has appeared in such theatrical productions as "The Best Little Whorehouse in Texas," "The King and I," and "A Raisin in the Sun." In school and regionally, Lumiri has appeared in "The Rainmaker," "For Colored Girls Who Have Considered Suicide When the Rainbow is Enuf'," "The Beggar's Opera," and "The Amen Corner."