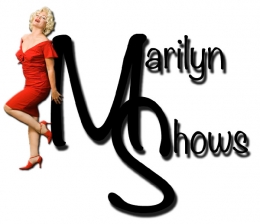 "Your two tribute shows, Marilyn Monroe and Connie Francis are so well received on board, they have become an integral part of our cruises. Our passengers talk about how much they love your shows and love you. It is a testament to you that with all the big name talent we have performing live on board such as Frankie Avalon, Bobby Rydell, Dion, Darlene Love, Ronnie Spector, Leslie Gore and many more, your performances are so thoroughly enjoyed." - Michael Mitchell, VP of Time Life Warner, Producer of the Malt Shop Memories
"Thank you Sheri, for bringing your sensational 'Double the Divas' show to our clientele at the casino. Your talent and expertise was exceptional. Your show is entertaining AND fun, which is perfect for any audience." - Jeff Johnson, USA Entertainment

Sheri has become one of the most sought after Marilyn Tribute artists in the world today.  Based in Chicago, and traveling the globe, Sheri is an award winning Equity stage actress and singer, director, choreographer, who performs tributes to some of the greatest legends of our time. With her dynamic voice and witty humor, Sheri delights her audiences singing live her impersonations of Marilyn, Connie Francis, and Madonna.

A featured performer on the Malt Shop Memories Cruise, she has joined the stage with John Stamos and The Beach Boys, and performed among many legendary stars of the 50's and 60's.

Sheri has toured her Tribute Shows nationally and throughout the Caribbean, India, Hawaii, and in Dubai, with an exciting engagement of “Marilyn and the Rat Pack Vegas Revue”, which she also choreographed. She makes regular appearances in various “Legends of the Stars” productions nationally.

Whether singing on a cruise ship or in a theatrical revue, hosting a fortune 500 company award ceremony, or making a ‘surprise’ visit for a TV or film personality, Sheri's Tribute Shows give her audiences a spine-tingling experience of feeling like they just had a visitation with a legendary icon. Sheri is deeply humbled at the opportunity to pay tribute to these great stars.

Sheri has worked and trained with the American Players Theater, Shakespeare and Co. in MA, The Globe Theater in London, and with many other great artists in her endeavors to pursue performance excellence and facilitate cross-cultural collaborations. She currently has her first play in production, which will open in Chicago in 2014, at the renowned Silk Road Rising Theater. Sheri recently made her national TV debut on the TLC network, and was interviewed on The View, NightLine, ShowBiz Tonight, and WGN-9 Morning News. Sheri continues to make appearances as a frequent guest on national talk and radio shows.