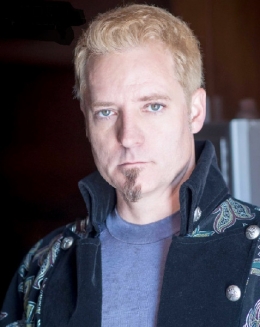 Put concisely, Russell Anderson is one of the most dedicated and skillful performers on the market. He is an interactive entertainer that makes every effort to involve the audience in the performance, whether it be taking volunteers for a magic trick or eliciting empathy for a character he is portraying. He has the innate ability to make an audience laugh, smile, and rise to their feet in applause. Russell has a diverse range of talents including singing, acting, dancing, and performing magic. He is one of few people who can honestly claim to be adept at all of these trades. His shows have been described by industry professionals as romantic, fun, moving, and always exciting. According to the Broadway performer and now director Robert Ivey, Russell's show is "...the closest thing you'll get to Las Vegas in one show!"

From being featured in the "Las Vegas Legends In Concert" show, to performing at Opryland and the Grand Ole Opry with country music legends Doug Stone, Porter Wagoner, and Clint Black, Russell has a diverse background in entertainment that is sure to fit almost any venue imaginable. In addition to these shows, Russell has also opened for and performed with other headliners such as Wayne Brady, Bobby Rydell, The Tokens, The Diamonds, The Four Tops, Moses Braxton, and Elaine Booseler.

From the Off Broadway musical "Forever Plaid" to the smash hit gospel musical "One Voice", Russell Anderson brings an exciting blend of his talents to each show. His diverse talents lend themselves to a varied assortment of shows, allowing Russell to tailor his act to fit any venue. If your event already features one genre of entertainment, Russell can fashion a unique performance that does not overlap with other aspects of the show. Spice up your event with the variety of Russell Anderson!