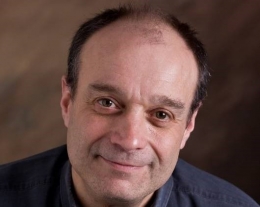 As a contributing writer for The Friars Club Roasts, Chip uses his every man persona to poke fun at the trials and tribulations of every day life. “The only thing that keeps me going - Is knowing everyday I’m a little bit closer to death.” Chip has performed at all the major city clubs. Currently writing for some of today’s top headliners, he’s a sought after joke writer by today’s established acts and the top new comers on the circuit.

College, club and road audiences have enjoyed his wry observations of parenthood, Catholic school and growing up poor in Greenwich Connecticut with a severely dysfunctional family. His motto is "Seize the Day" and if no one's watching other people's belongings.

Before becoming a standup comic, he was the editor and publisher of Commuter Monthly, a humor magazine for New Jersey commuters. He’s had several of his short stories published amongst them, “Plastic Jesus” and “Deep Tux."

In addition to writing and performing, he specializes in adding humor to corporate speeches and presentations for such companies as Sony, D&M Group and Horizon Blue Cross Blue Shield.

He’s currently working on an animated sitcom pilot Hell Gig and appears in the independent film, Time of Need to be released in 2018.  He is co-creator of “Room for Improvement” a reality show pilot selected as a finalist at the  New York Television Festival.