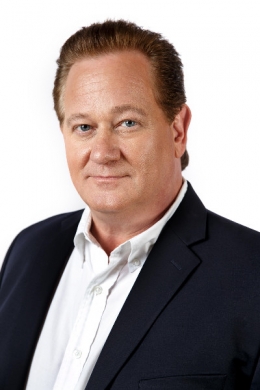 One of the most requested comedians working today, Richie Byrne brings a unique mix of talents to the stage. Combining a quick wit and New York sarcasm with the charm of an old-school storyteller, Richie provides a dominating stage presence with one of the highest laugh-per-minute counts in the business. Richie's rants on his family…his job…his weight…his life… as well as his take on pop-culture make him incredibly relatable to any and all audiences.

Richie’s comedy credits include such well-known clubs as Dangerfield's, Carolines on Broadway and Gotham Comedy Club in New York City. He has also headlined many clubs around the country including Hilarities in Cleveland, The Ice House in Pasadena, The Borgata in Atlantic City as well as the Tropicana in Atlantic City and Las Vegas.

Richie is proud to be the warm-up act for the hit series, "The Dr. Oz Show" since it’s debut in 2009. He has also been a guest on the show many times. Besides “The Dr. Oz Show”, Richie’s other daytime warm-up credits include “The Rachael Ray Show”, “The Chew”, “The Jane Pauley Show” as well as the sit-com “Murphy Brown”.

Not only a popular comedian, Richie is also an accomplished actor & singer, with a long resume of theatrical credits (music & legit) as well as television & film. He can be seen on legendary shows such as HBO's "Sex and the City" and "The Sopranos" as well as NBC’s "Law & Order: Criminal Intent" & "Conviction". He can also be seen in the feature film "Goodbye Baby". Written & directed by Dan Schecter, the film is about a young girl who enters the world of Stand-Up. Besides performing material in the movie & playing a part, Richie was also a consultant on the set & helped to write original material for the lead character.

Richie is proud to have performed for military bases throughout the U.S. and Europe for the “Comics on Duty” organization as well as countless charities including "Comedy Cures". Created by Saranne Rothberg, “Comedy Cures” is a non-profit organization using comedy as a therapeutic tool for terminally ill patients and their care-givers.

Richie was the first comic to ever perform at The United Nations where his opening line was, “Is anyone here from out of town?” He has also been seen at such historic venues as Carnegie Hall and Radio City Music Hall.

He is honored to be the co-host of the popular podcast “Drinks, Jokes & Storytelling” with fellow comedian Mark Riccadonna and producer Joel Richardson and recently was added as a co-host to the show “Hangin’ with Langan” starring comedian Maureen Langan. “Hangin’ with Langan can be heard every Sunday night from 7-10pm western time on KGO-AM radio in San Francisco.