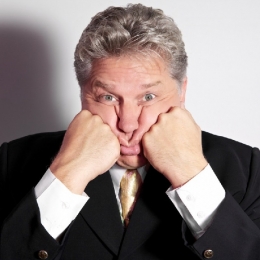 "THE MOST UNIQUE balancing act. You must see his "Foot Juggling!" " - Anonymous

Zee Deneck was born in Prague in 1968. Coming from a Circus family, he toured with his parents all over Europe and grew to love the Circus arts.

In addition to performing as an illusion act, in 1990, for the first time, he presented his juggling act for the jury at "Paris International Festival Circus of Tomorrow," where he won a silver medal.  Zee Deneck is one of today's most unique balancing acts of his kind in the world of show business.  With success in Paris, Zee got offers from the whole entertainment world.

Zee Deneck has worked for numerous circus' and various audiences from Mongolia to South Africa, to Australia and all over Europe.